This game is a navigational tool which guides the visitor through the Museum of Non-Conformist Art in Saint Petersburg, Russia. The App can be downloaded on all devices. The User discovers his path of interest by solving mysteries. By looking for Clues and examining everything closely, the user completes different parts of the route which are the levels of this game. After each level is surpassed instructions are displayed which leads him to the next level and in doing so guides him through the areas of his interests. Player will see an interactive Map similar to Amusement Park Maps that gives an overview of the whole Site and allows the user to select pop- up items within the building. There are three different Quests: MUSIC ; DETECTIVE and ART and each of them have their own symbol to move forward and their own special characters such as John Lennon, Pushkin and Alexander Rodchenko respectively.

This corresponds to three different collections exhibited in the Museum. The desired interests pointing to the related quest guides the user through the relevant artifacts helping him to get the best of his visit. Every Highlighted object in the map informs the user of the space and the artifacts as well as guides him to the next part of the exhibit. A reward Sequence is played rewarding the Character with roses at the end of each level. On the completion of the quest, the user is rewarded with a souvenir from the P-Zen Museum. 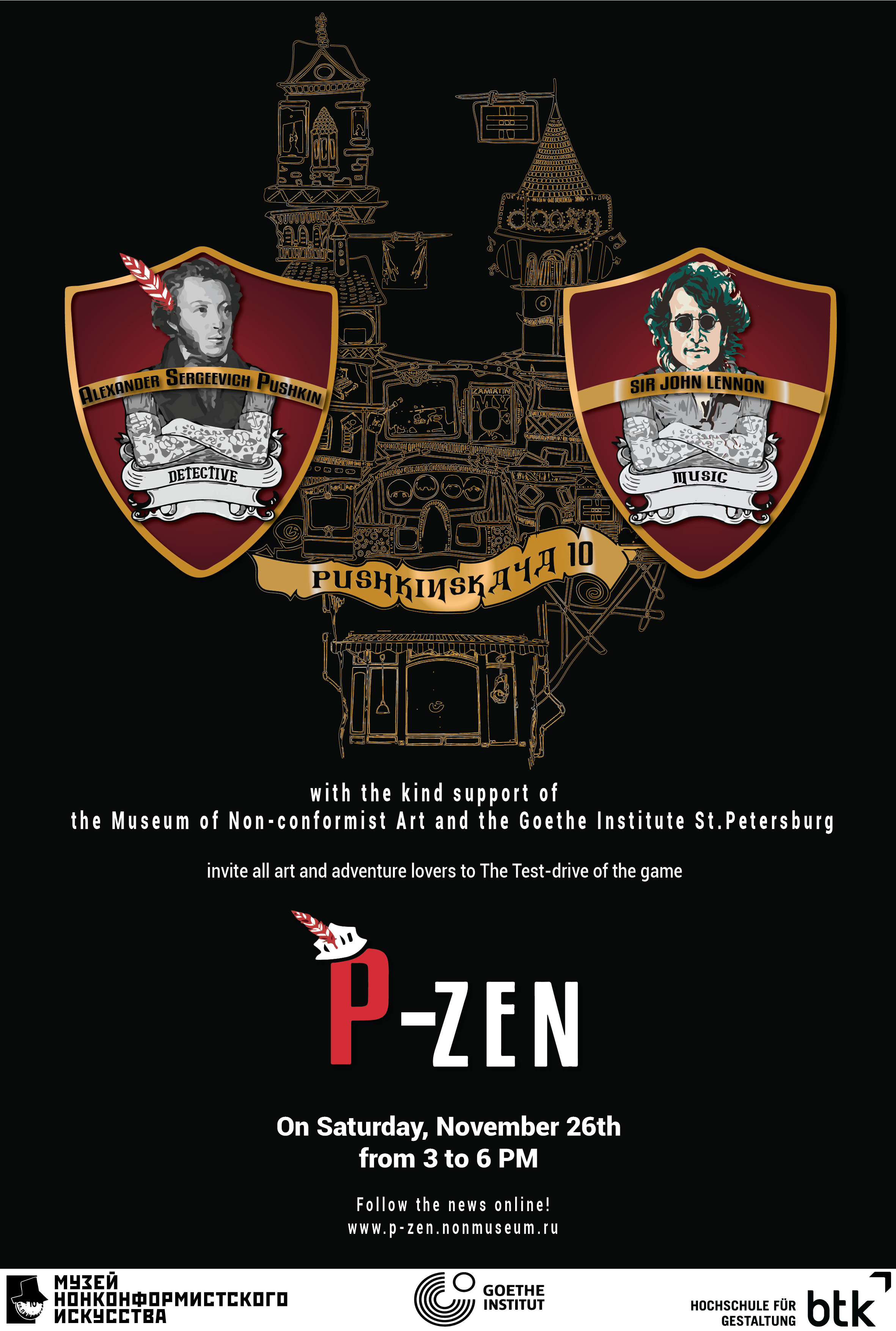 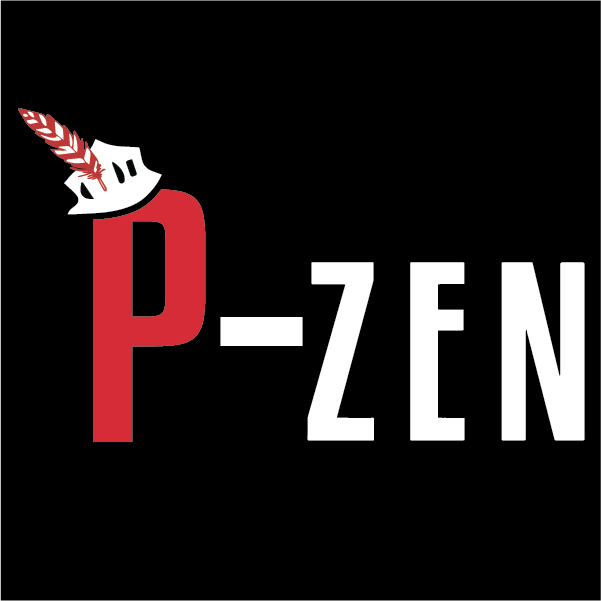 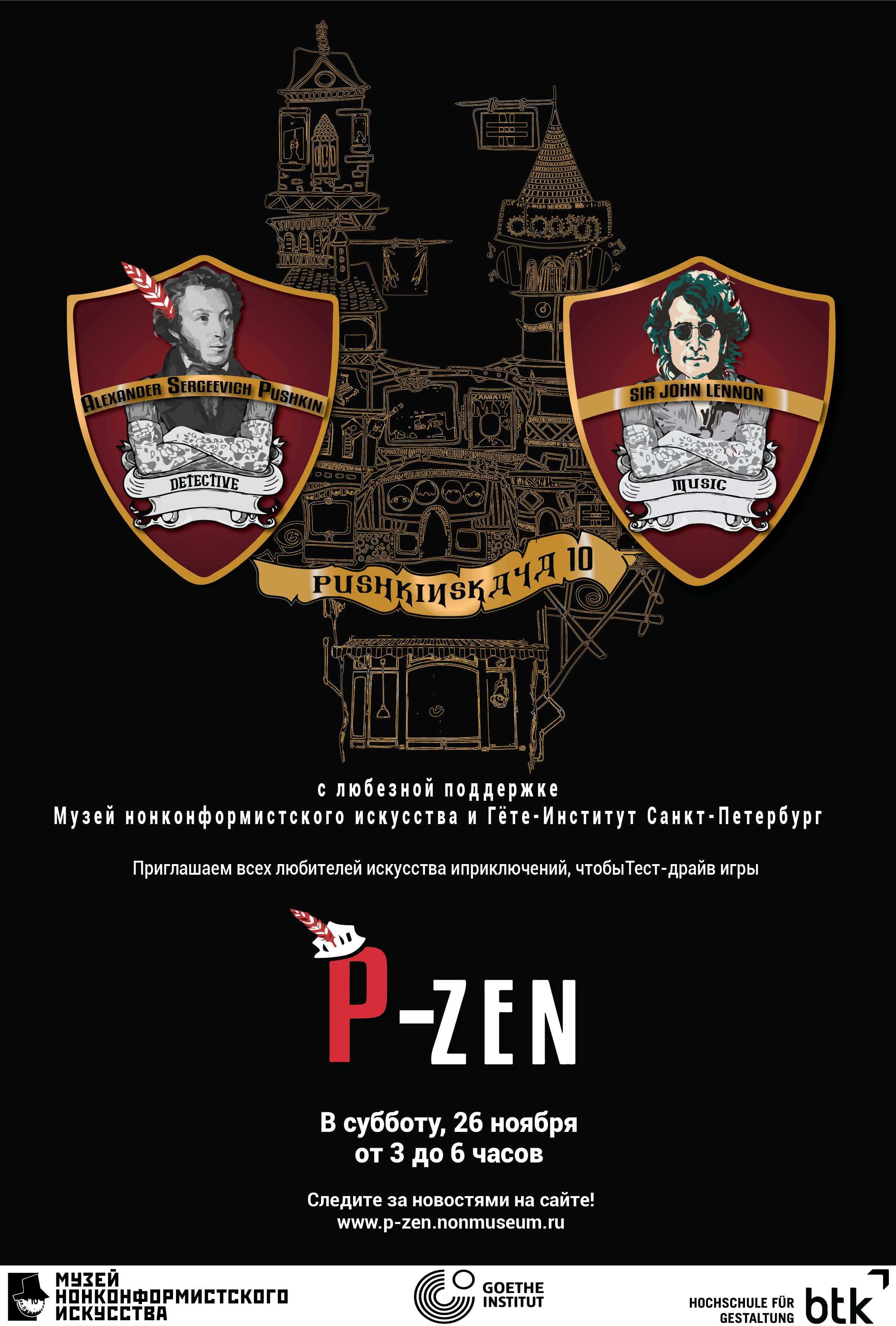 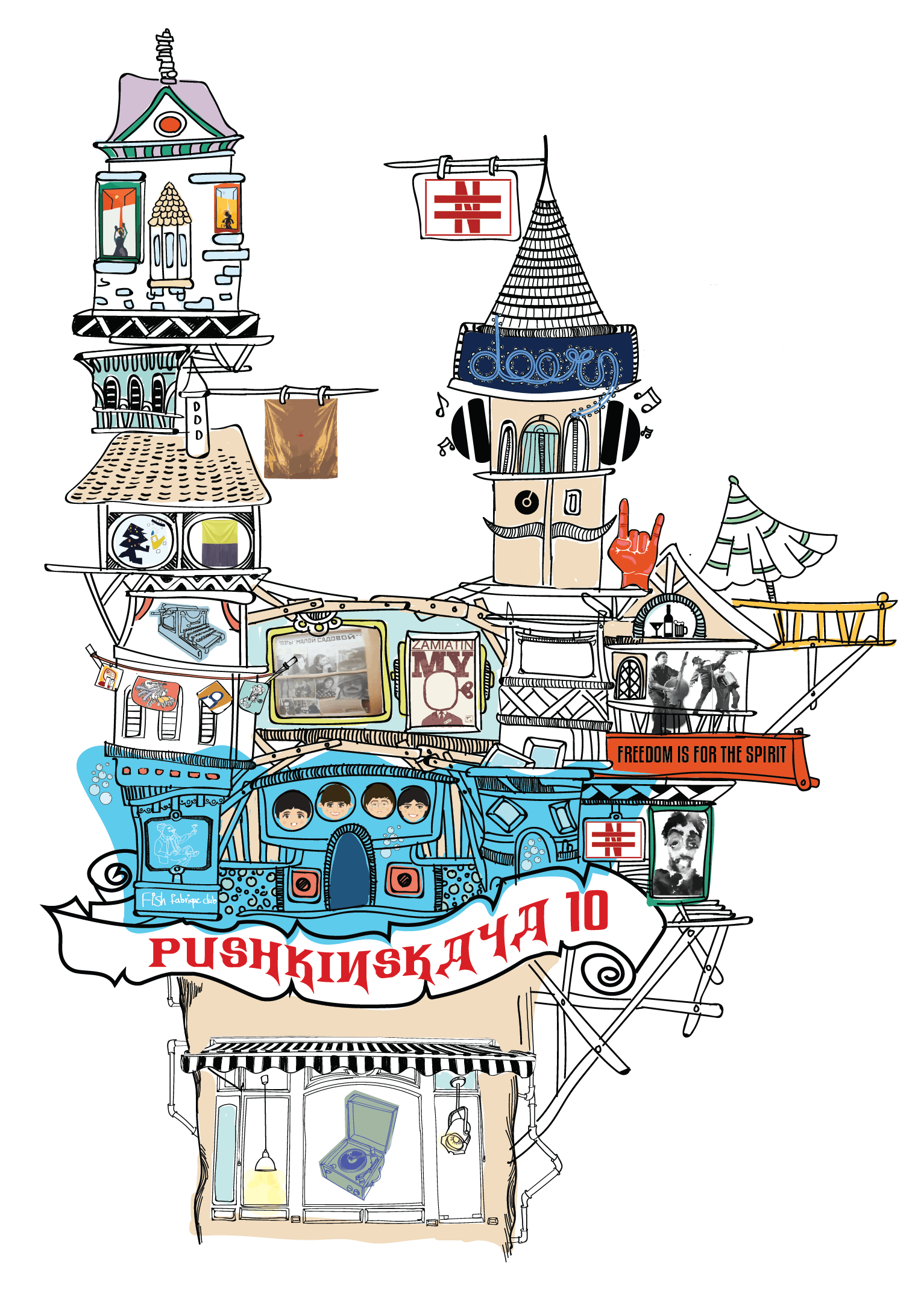 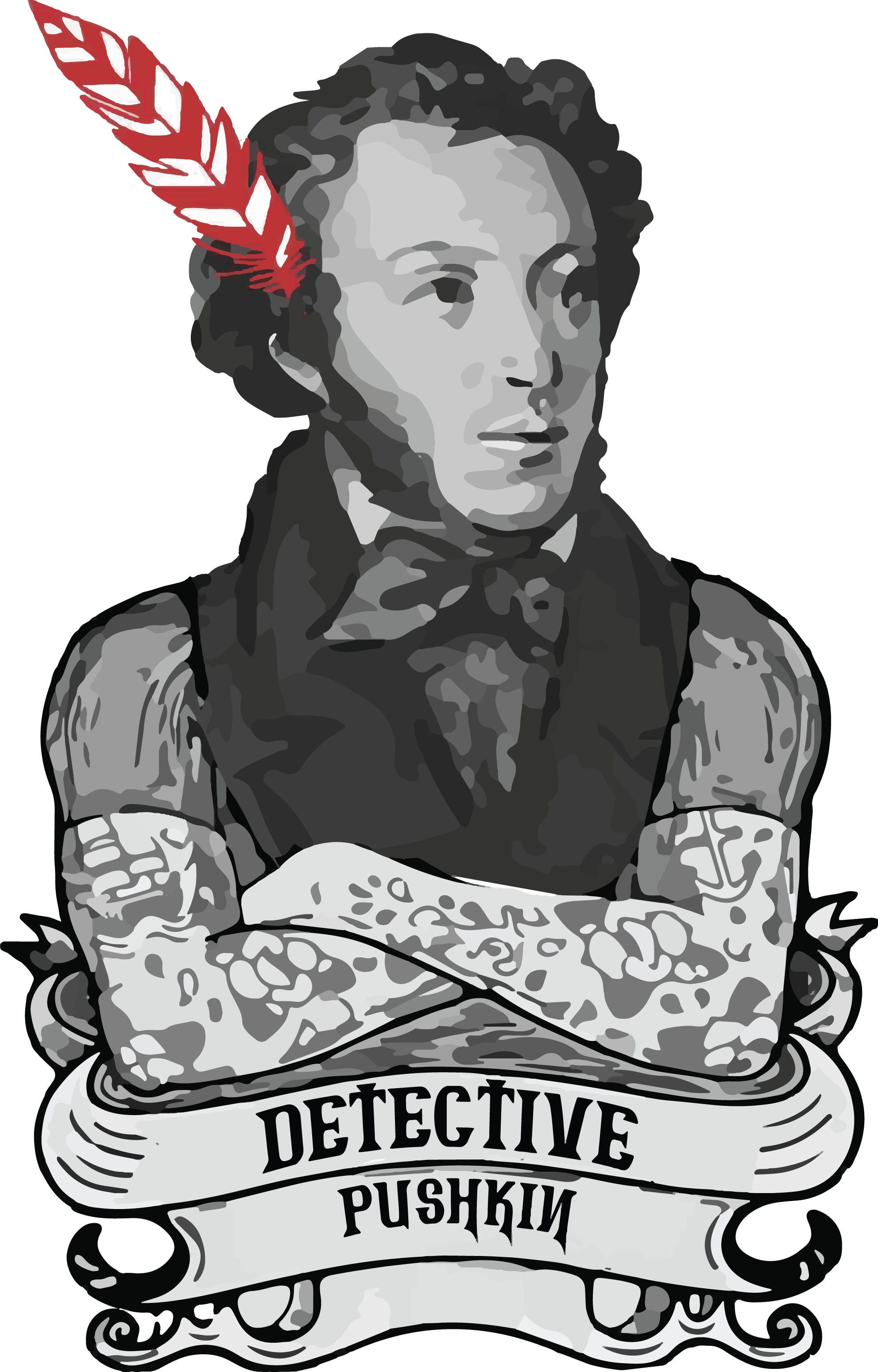 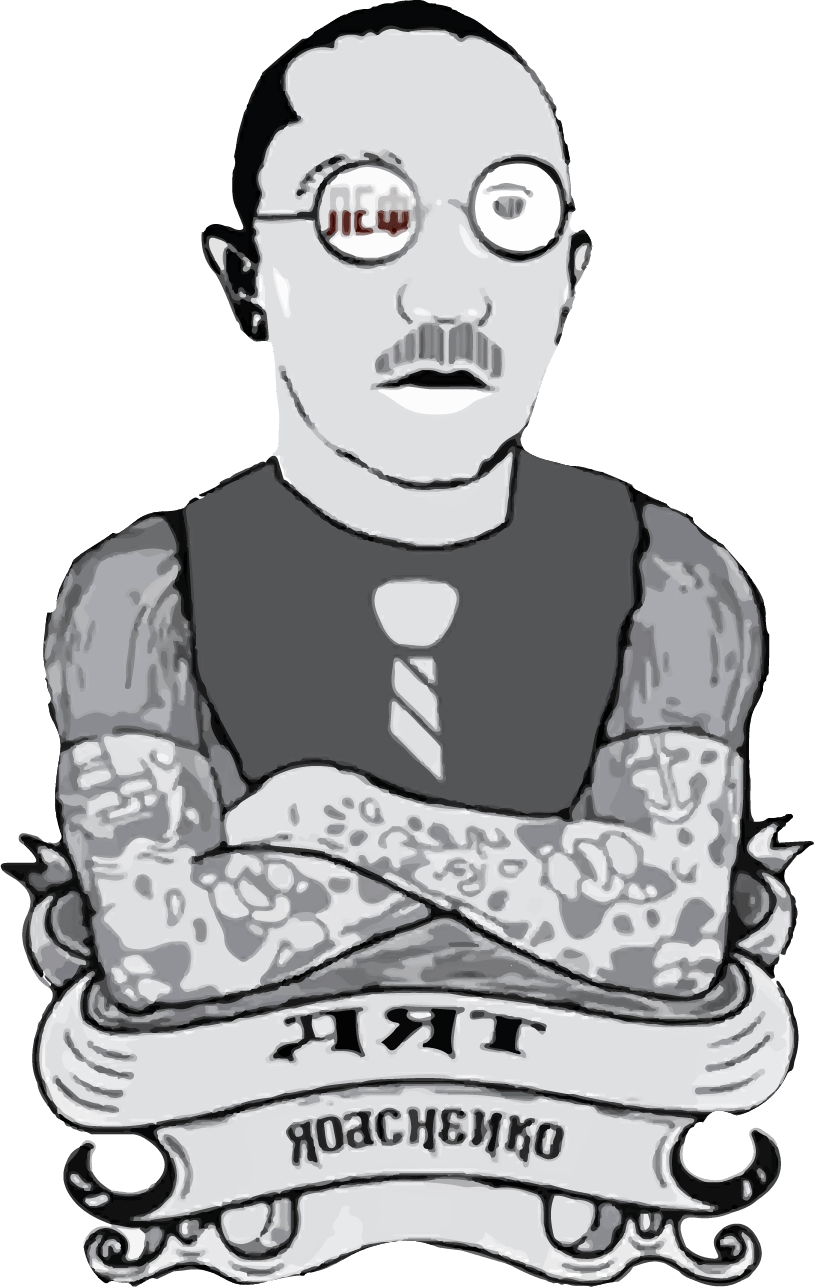 Design and Branding
next